It’s Time to Move on From Cat5e

It’s time to move on from Cat5e data cabling. So what category of data cabling should you choose?

Lynx Networks’ promise of never selling you anything we don’t beleive you need has led to us to recommend Cat5e data cabling in most instances because it offers excellent value for money and supports Gigabit Ethernet.

However, with more demanding power over Ethernet (PoE) standards in the pipeline, there are now good arguments for using Cat6 or Cat6A cabling.  The main reason is that conductors are about 25% thicker and will not heat up as much at the higher currents allowed by the forthcoming PoE standards.

Also, the newly ratified 2.5GBASE-T and 5GBASE-T standards, for higher network speeds for wireless access points, will need a minimum of Cat6.

If you think an outlet may need to deliver 10 Gigabits per second during its lifetime, you should specify Cat6A cabling. Wireless access points will start provide much higher bandwidths over the next few years and will need 10Gigabit feeds. You could save a lot of money in the long term by having Cat6a cabling installed at the outset. 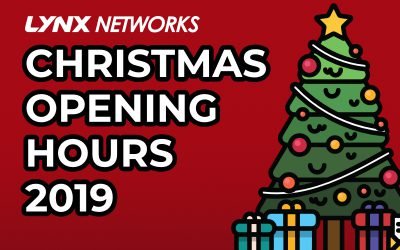 We would like to take this opportunity to wish all our customers a Merry Christmas and Happy New Year. 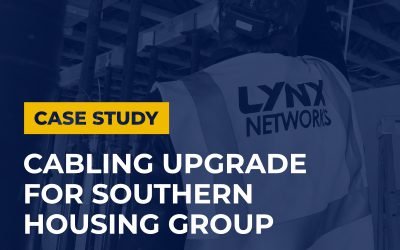 Southern Housing Group (SHG) decided to refurbish one of their existing buildings in Maidstone. Half of the space was already occupied by a local business and the other half vacant. 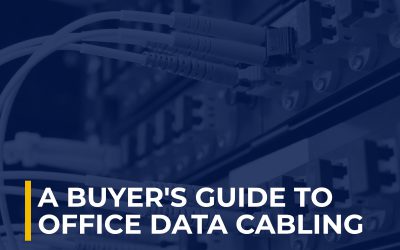 In this buyer’s guide to office data cabling we will outline the considerations you need to take when planning a structured cabling system for your office environment.

We have a wide range of IT networking services beyond the ones listed on this website. For more information of each of the services below, click the link to visit our networking website.